Fitbit Charge 5 is one of the most advanced fitness trackers in 2022. It’s packed with many features of the Fitbit Sense smartwatch, such as an FDA-approved ECG, a stress level monitoring Electrodermal Activity (EDA) App, built-in GPS, and more, at an incredibly affordable price.

It also comes with a clear 1.04-inch AMOLED touchscreen display which is impressive, but the small screen may be a cause for dislike for many. Its currently available Clock Faces struggles to display important metrics altogether, which I dislike. Plus, many clock faces do not support customization.

Many Fitbit Charge 5 users are frustrated dues to the limited number of clock faces. The Fitbit Feature Suggestions page on the official website is flooded with requests for more and better Clock Faces.

The good news is that the request status now shows “Under Consideration,” which means that Fitbit has already heard them and is working on delivering more and better Clock Faces. Once the new Fitbit Charge 5 Clock faces download is available, we’ll be sure to update this blog post. In the meantime, we’ve put together a list of the best Fitbit Charge 5 Clock Faces available right now in the Fitbit to help you make the most out of your tracker.

Fitbit Charge 5 Find Phone feature was also a feature request by the users in the community. 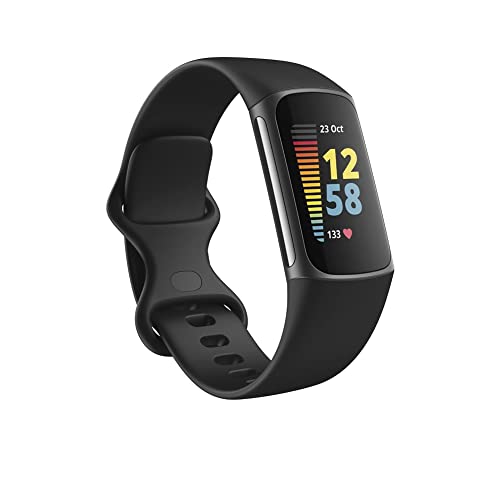 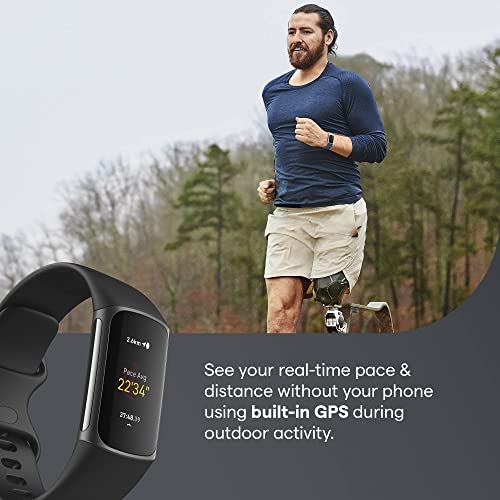 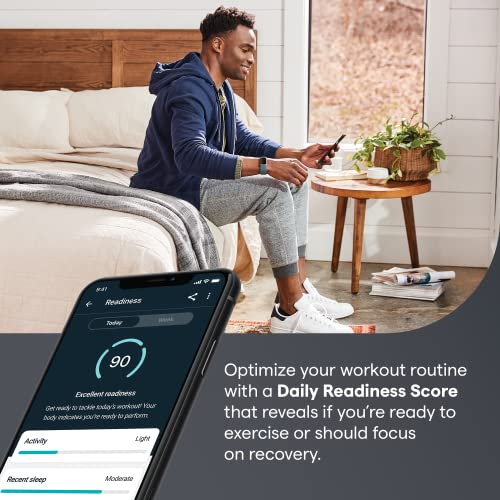 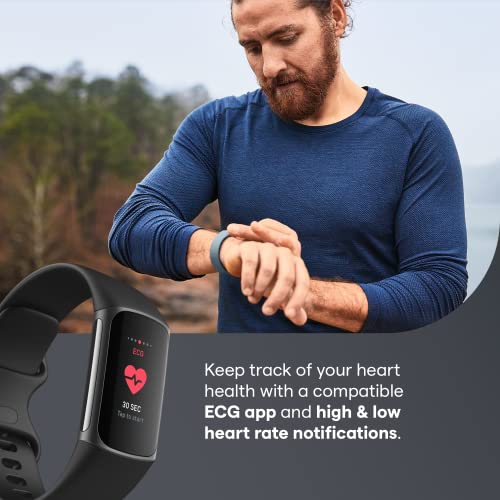 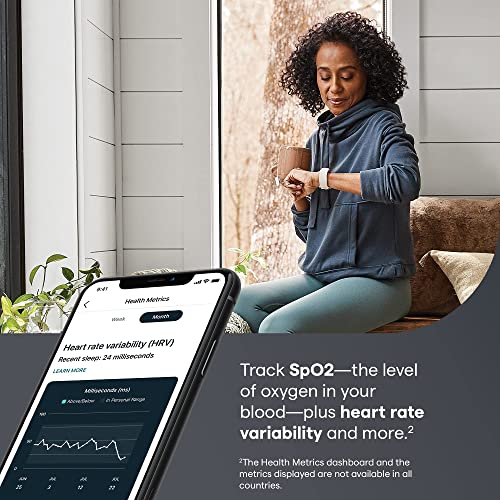 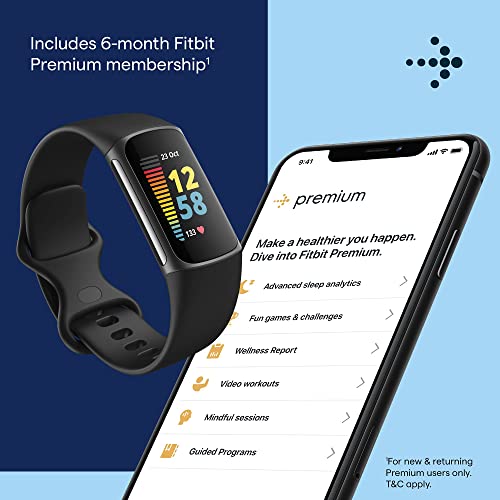 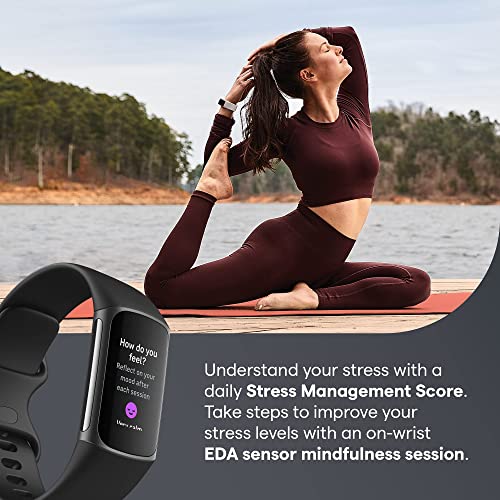 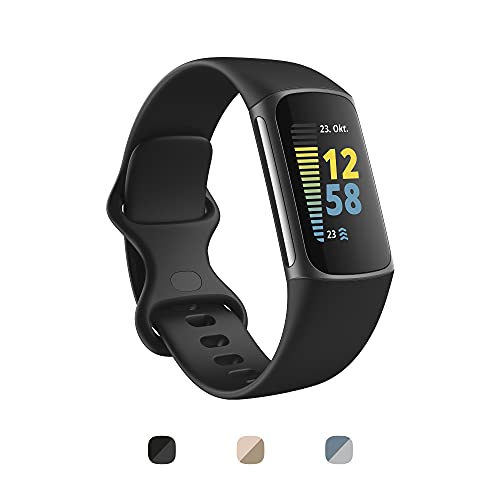 The Continuum clock face is simple and minimalist, with a clean design that makes it easy to see the time, date, and your current heart rate. You can also get additional information by tapping on the display.

The beauty of this clock face is a big status bar with a sequence of lines that gradually fill up as you get closer to your goal. When you hit your goal, the lines turn from blue to yellow. It is one of my favorite clock faces that helps you to stay motivated and see your progress at a glance.

The Symphony clock face for Fitbit Charge 5 is the most popular analog clock face for the Charge 5. It displays three hands and has a data field that shows Fitbit Active Zone minutes by default.

You can see other key metrics such as heart rate and steps by touching the clock face, which makes it easy to track your fitness progress throughout the day.

Unfortunately, it is only available in pink, making it less preferable for some users. Plus, it does not display calorie-burned information on the clock face. But still, if you’re looking for an analog clock face that’s both stylish and functional, Symphony is a great option.

If you wear Fitbit Charge 5 while running or jogging, the Runliner is the best clock face for you. It is one of the top Fitbit Charge 5 Clock Face displays over four data types on the screen.

The Runliner displays all the information you need while running, such as Steps, heart rate, distance, and Active Zone Minutes Minutes. It also has a graph that represents the Active Zone Minutes, steps, and distance so you can see your progress at a glance, even in the small display of the Charge 5. This is particularly useful to know if you are on track to reach your daily goals.

In addition, it also displays dates and times so you can keep track of time while running. I always choose Runliner while going jogging and running as I don’t need to tap a to get my stats.

It features three hands and two data fields, one of the 9 O Clock position and the 3 O Clock position. This is one of the best-looking and most useful clocks faces for the Fitbit Charge 5 and is a must-have for anyone who wants their watch to look great and be functional.

Overall, the California Dream clock face is an excellent choice for those who want a beautiful and eye-catching clock face that is also functional. This clock face is perfect for a special occasion or just everyday use. However, if you are looking for more customization options or more data fields, you may want to look elsewhere.

These health and metrics are represented by a status bar that gives you an idea about your progress towards the goals. Just tap on the screen to get these health and fitness metrics and their associated status bar.

The digits are displayed in white color and can be easily seen even in darkness, thanks to its black background. Even though you are running or sweating, the font is big enough, and the color contrast makes it visible under all circumstances.

These are our top 5 best clock faces for Fitbit Charge 5, according to experience and research. You can also try other clock faces and see which one suits you the best.

Some clock faces are very bright in color and have tiny fonts, which can be challenging to see in an activity tracker with 1.04-inch display size, while others may have a lot of customization options but are not appealing in design.

So, it all comes down to what you’re looking for and what’s important to you. Experiment with different clock faces and find the one that’s perfect for you.

How to Change Clock Faces on Fitbit Charge 5?

Follow the simple step below to change the clock face on your Fitbit Charge 5.

Step 1: Open Fitbit App on your smartphone and tap on your profile pic

Step 3: From the new window, tap on “Gallary”

Step 4: The new screen will show the current clock face. To change the clock face, tap on “Clock” on the upper side.

Step 5: As you tap on “Clock,” you can see a list of available clock faces and tap on the selected one.

Step 6: The clock face will open up, and you can see its details and description

Step 7: If you like the clock face, tap on “INSTALL” to add it to your Fitbit Charge 5

1. How many clock faces does the Fitbit Charge 5 have?

The Fitbit Charge 5 has a total of 24 clock faces to choose from, and the list is growing.

2. Can I change the clock face on my Fitbit Charge 5?

Yes, you can change the clock face on your Fitbit Charge 5 from the app. Just follow the step-by-step guide above to switch to a new clock face.

3. Is there any way to customize the clock faces on Fitbit Charge 5?

No, you cannot currently customize the clock faces on your Fitbit Charge 5, and you can only choose from the limited selection of pre-loaded clock faces.

Yes. Fitbit Charge 5 has a 24-hour clock option, and you can find it under the “Clock” tab in the app.

At ReviewsBreak, we write unbiased reviews of Gadgets and Appliances that make your shopping easy from the comfort of home.